1. Navigate to `Build, Execution, Deployment` > `Compiler`. 1. In the text field next to Command-line Options, enter your command-line options. 1. Click OK to save and exit. 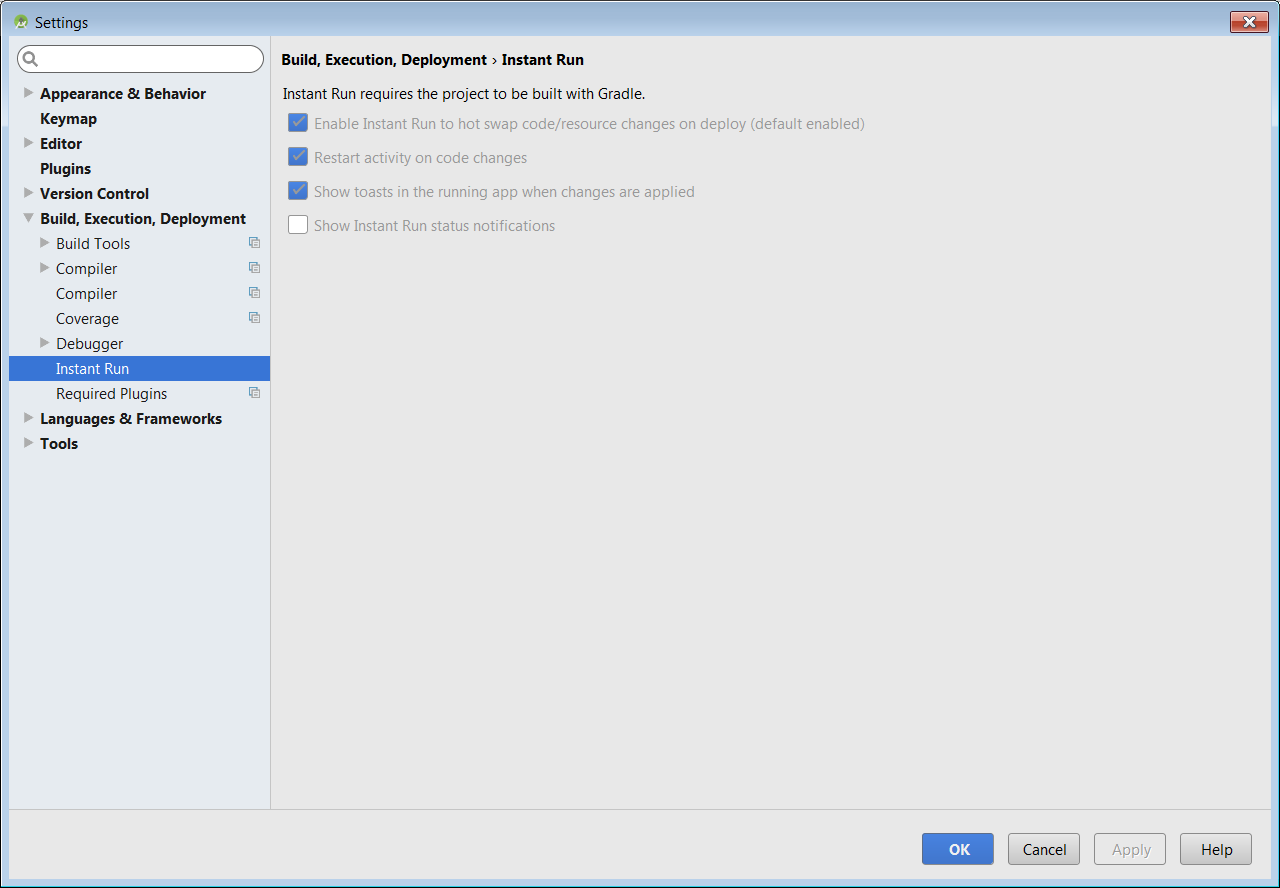 The top option is Instant run. Check/uncheck that box.

There are three types of code swaps that Instant run enables to support faster debugging and running app from your code in Android Studio.

When are each of these swaps triggered?

HOT SWAP is triggered when an existing method's implementation is changed.

COLD SWAP whenever there is a structural code change in your app's code e.g.

What happens when a code swap happens?

HOT SWAP changes are visible instantly - as soon as the next call to the method whose implementation is changed is made.

There are a few changes where instant won't do its trick and a full build and reinstall fo your app will happen just like it used to happen before Instant Run was born.

Instant Run is an extended behavior for the run and debug commands that enables faster debugging by not requiring a full build and reinstall for eevry change done in your app's code.

Introduced in Android Studio 2.0, Instant Run is a behavior for the Run and Debug commands that significantly reduces the time between updates to your app. Although your first build may take longer to complete, Instant Run pushes subsequent updates to your app without building a new APK, so changes are visible much more quickly.

After deploying an app, a small, yellow thunderbolt icon appears within the Run button (or Debug button), indicating that Instant Run is ready to push updates the next time you click the button. Instead of building a new APK, it pushes just those new changes and, in some cases, the app doesn't even need to restart but immediately shows the effect of those code changes.

Instant Run pushes updated code and resources to your connected device or emulator by performing a hot swap, warm swap, or cold swap. It automatically determines the type of swap to perform based on the type of change you made. The video above provides interesting detail about how this all works under the hood. For a quick summary of how Instant Run behaves when you push certain code changes to a target device, however, see the following table.