An R Notebook is an R Markdown document with chunks that can be executed independently and interactively, with output visible immediately beneath the input. They are similar to R Markdown documents with the exception of results being displayed in the R Notebook creation/edit mode rather than in the rendered output. Note: R Notebooks are new feature of RStudio and are only available in version 1.0 or higher of RStudio.

You can create a new notebook in RStudio with the menu command File -> New File -> R Notebook
If you don't see the option for R Notebook, then you need to update your version of RStudio. For installation of RStudio follow this guide (opens new window) 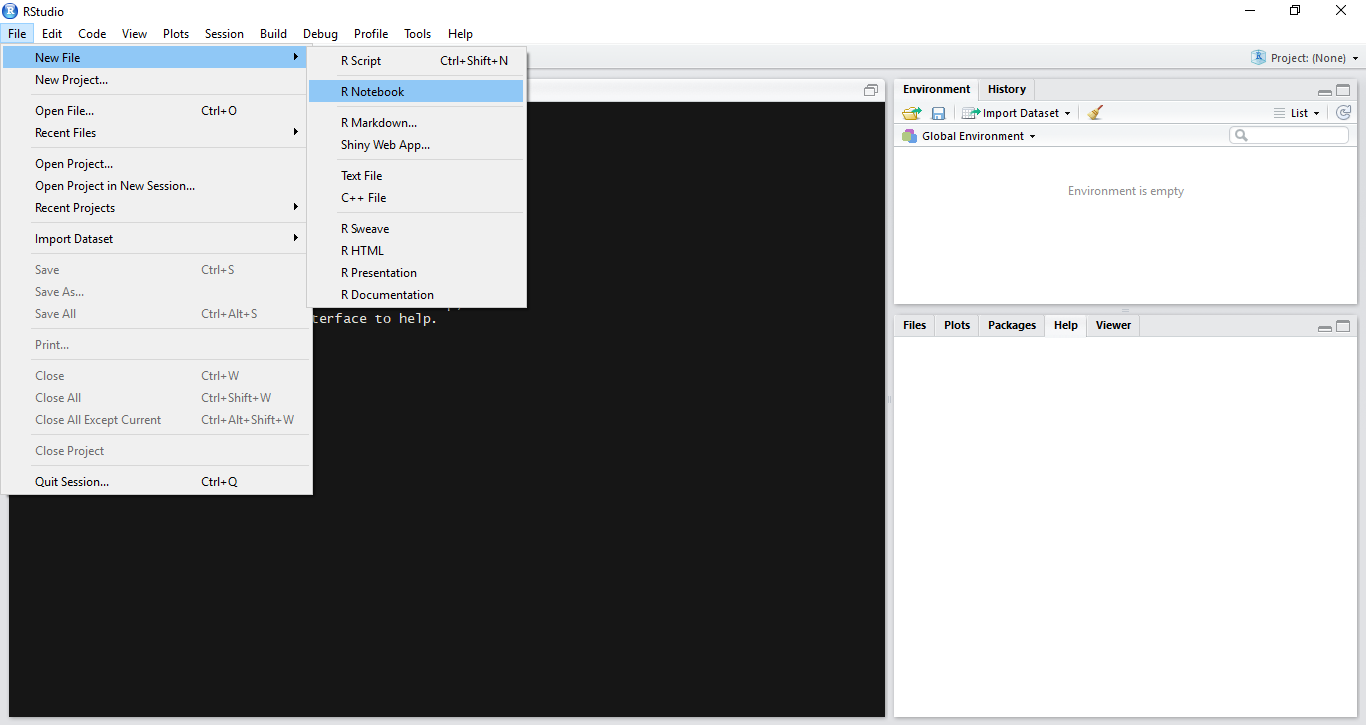 Chunks are pieces of code that can be executed interactively. In-order to insert a new chunk by clicking on the insert button present on the notebook toolbar and select your desired code platform (R in this case, since we want to write R code). Alternatively we can use keyboard shortcuts to insert a new chunk Ctrl + Alt + I (OS X: Cmd + Option + I) 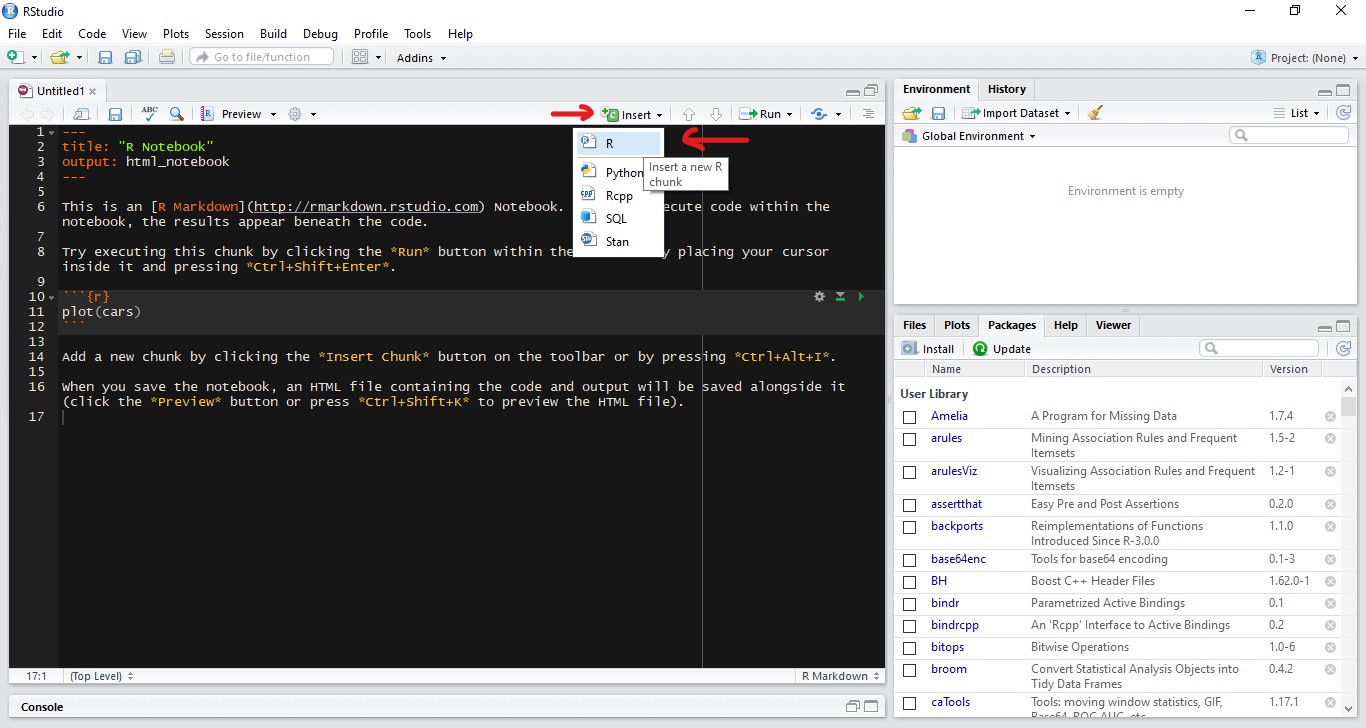 You can run the current chunk by clicking Run current Chunk (green play button) present on the right side of the chunk. Alternatively we can use keyboard shortcut Ctrl + Shift + Enter (OS X: Cmd + Shift + Enter)

The output from all the lines in the chunk will appear beneath the chunk.

Since a chunk produces its output beneath the chunk, when having multiple lines of code in a single chunk that produces multiples outputs it is often helpful to split into multiple chunks such that each chunk produces one output. 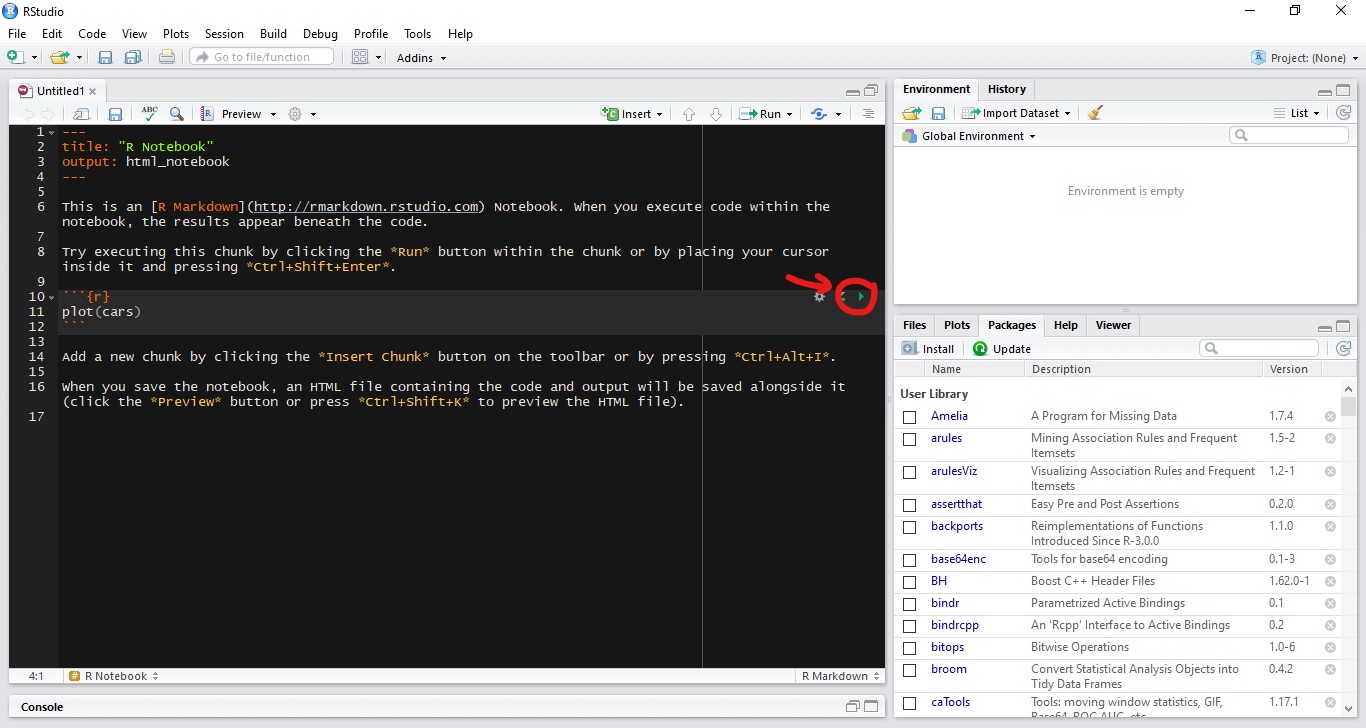 There’s also a option Restart R and Run All Chunks command (available in the Run menu on the editor toolbar), which gives you a fresh R session prior to running all the chunks. 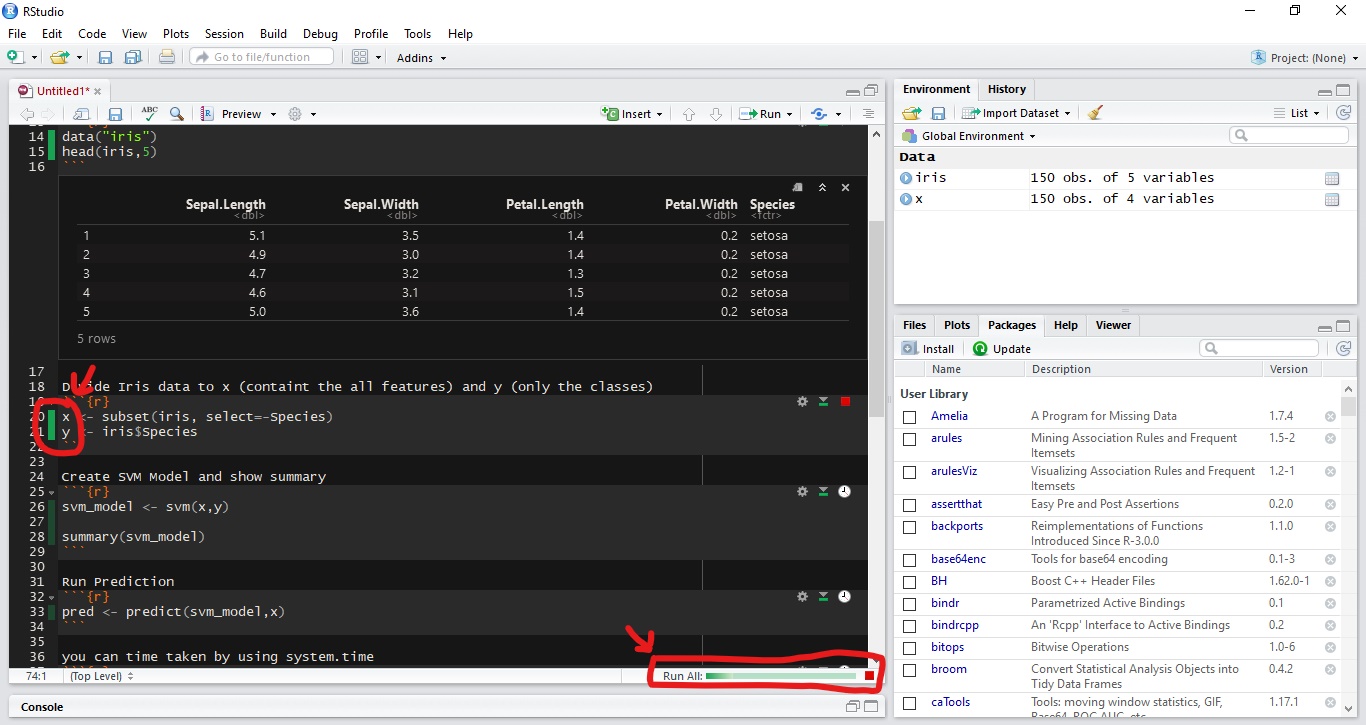 Before rendering the final version of a notebook we can preview the output. Click on the Preview button on the toolbar and select the desired output format. 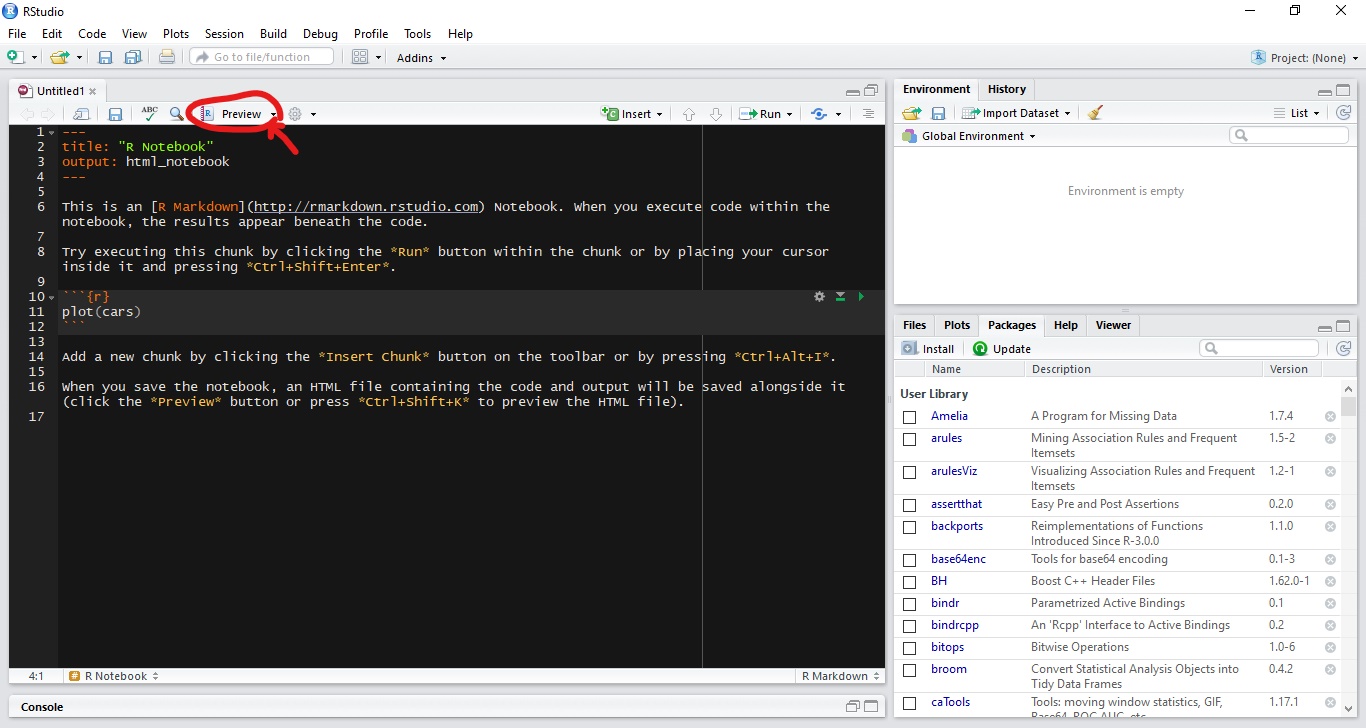