Joseph Fourier showed that any periodic wave can be represented by a sum of simple sine waves. This sum is called the Fourier Series. The Fourier Series only holds while the system is linear. If there is, eg, some overflow effect (a threshold where the output remains the same no matter how much input is given), a non-linear effect enters the picture, breaking the sinusoidal wave and the superposition principle. 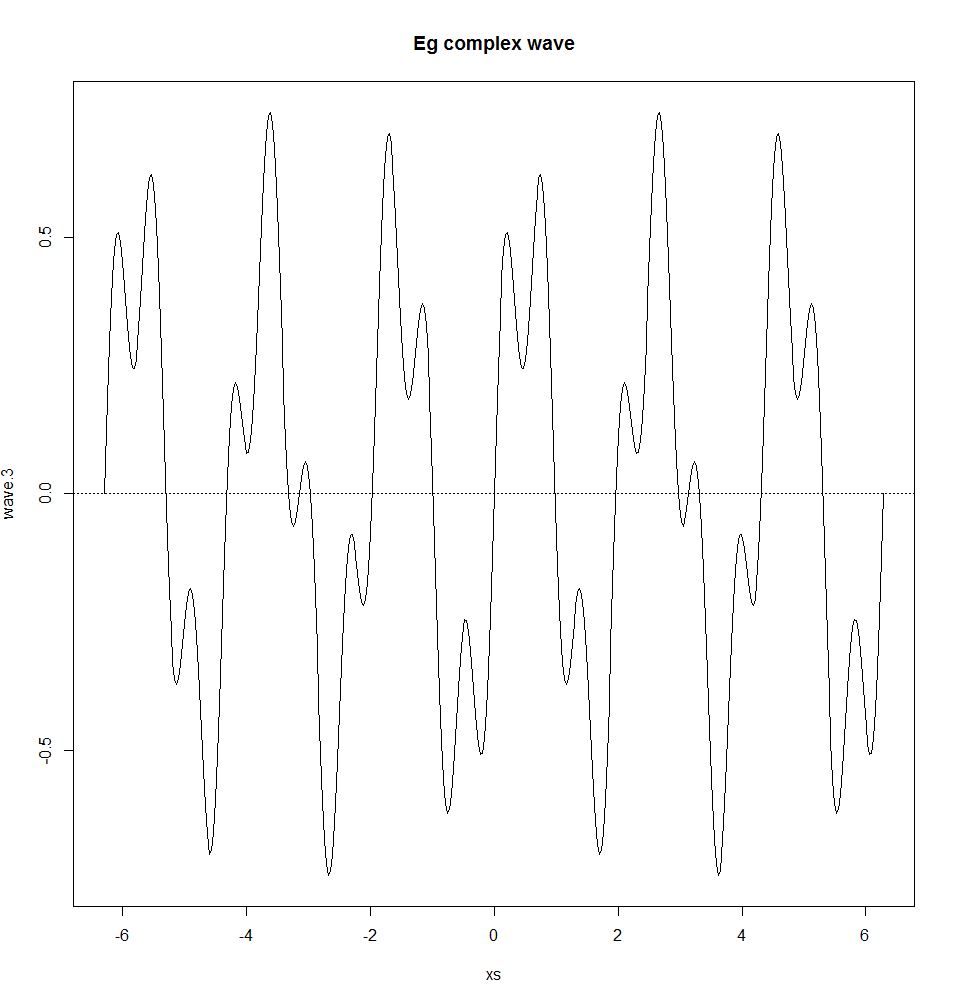 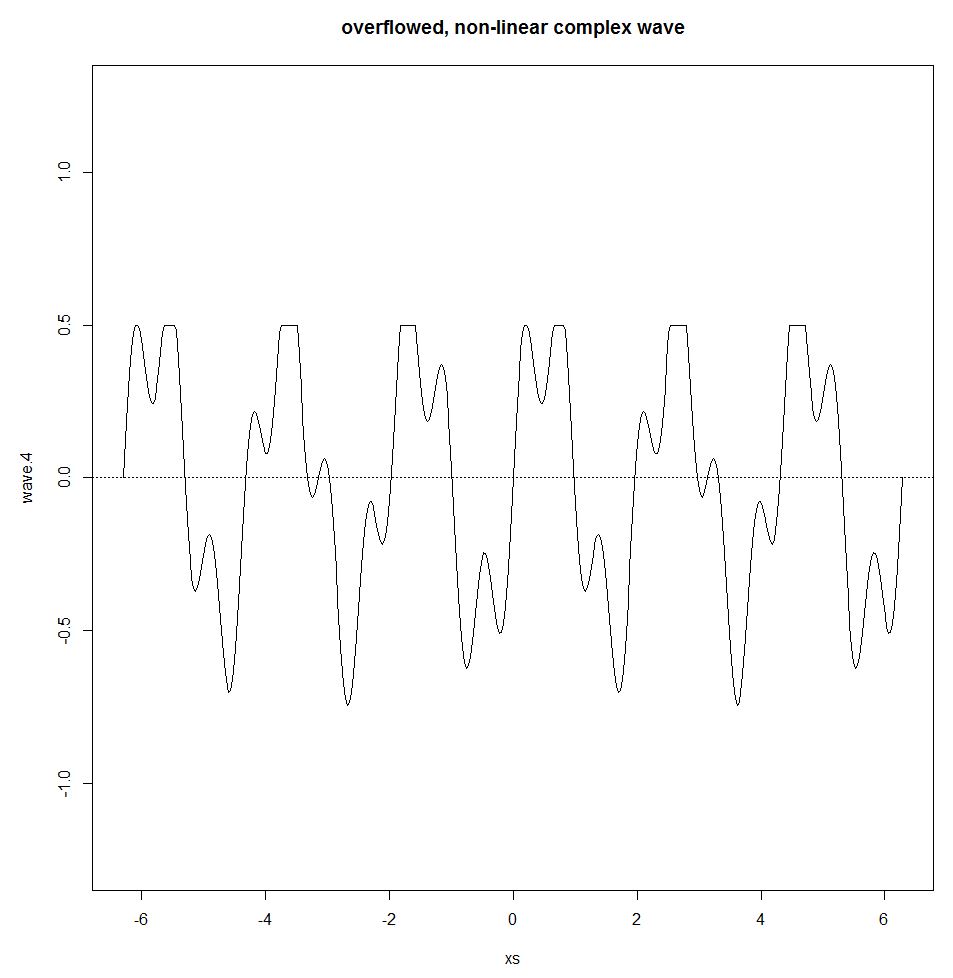 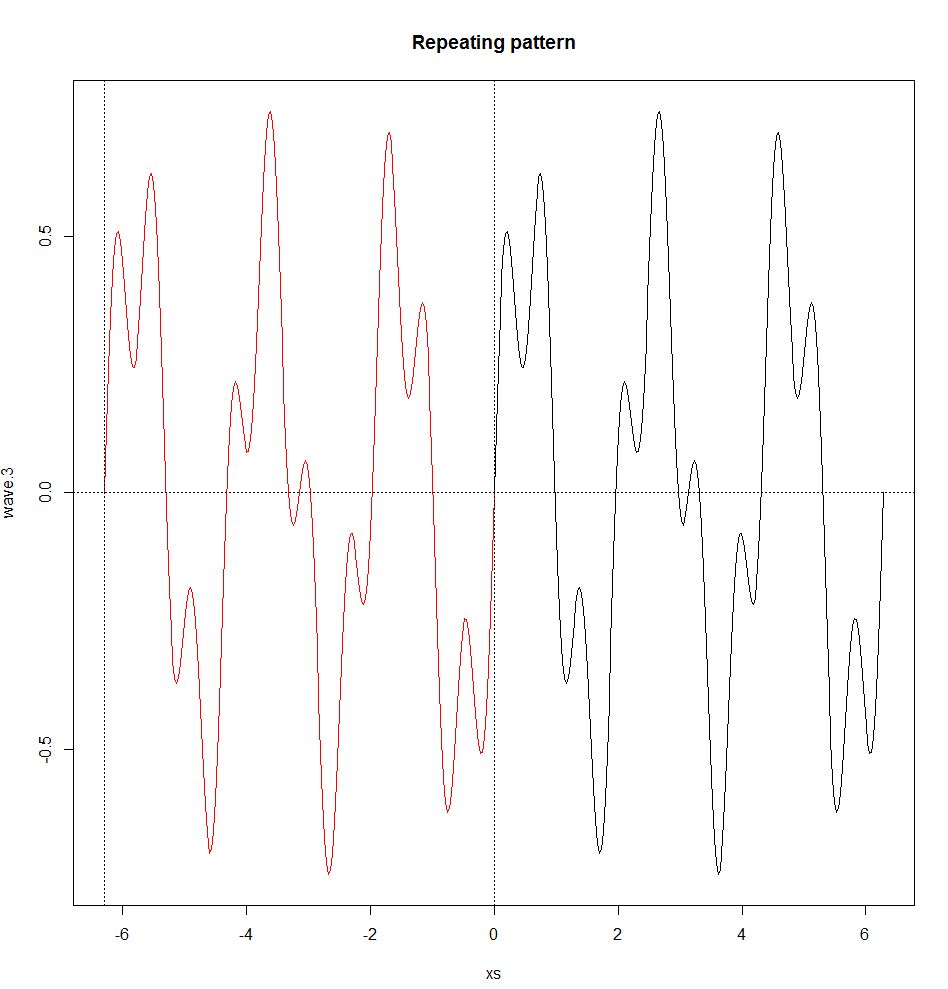 Here’s a R function for plotting trajectories given a fourier series:

The Fourier transform decomposes a function of time (a signal) into the frequencies that make it up, similarly to how a musical chord can be expressed as the amplitude (or loudness) of its constituent notes. The Fourier transform of a function of time itself is a complex-valued function of frequency, whose absolute value represents the amount of that frequency present in the original function, and whose complex argument is the phase offset of the basic sinusoid in that frequency.

Harmonic analysis is the systematic study of the relationship between the frequency and time domains, including the kinds of functions or operations that are "simpler" in one or the other, and has deep connections to almost all areas of modern mathematics.

Functions that are localized in the time domain have Fourier transforms that are spread out across the frequency domain and vice versa. The critical case is the Gaussian function, of substantial importance in probability theory and statistics as well as in the study of physical phenomena exhibiting normal distribution (e.g., diffusion), which with appropriate normalizations goes to itself under the Fourier transform. Joseph Fourier introduced the transform in his study of heat transfer, where Gaussian functions appear as solutions of the heat equation.

The Fourier transform can be formally defined as an improper Riemann integral, making it an integral transform, although this definition is not suitable for many applications requiring a more sophisticated integration theory.