# Getting started with Hanami

My mission here is to contribute with the community to help new people who wants to learn about this amazing framework - Hanami.

But how it is going to work ?

Short and easygoing tutorials showing with examples about Hanami and following the next tutorials we will see how to test our application and build a simple REST API.

Besides Hanami be a lightweight and fast framework one of the points that most call attention is the Clean Architecture concept where shows to us that the framework is not our application as Robert Martin said before.

Hanami arquitecture design offer to us the use of Container, in each Container we have our application independently of the framework. This means that we can grab our code and put it into a Rails framework for example.

Hanami is a MVC Framework ?

# How to install Hanami?

This will create a hanami application called myapp in a myapp directory and install the gem dependencies that are already mentioned in Gemfile using bundle install.

To switch to this directory, use the cd command, which stands for change directory.

# How to start the server? 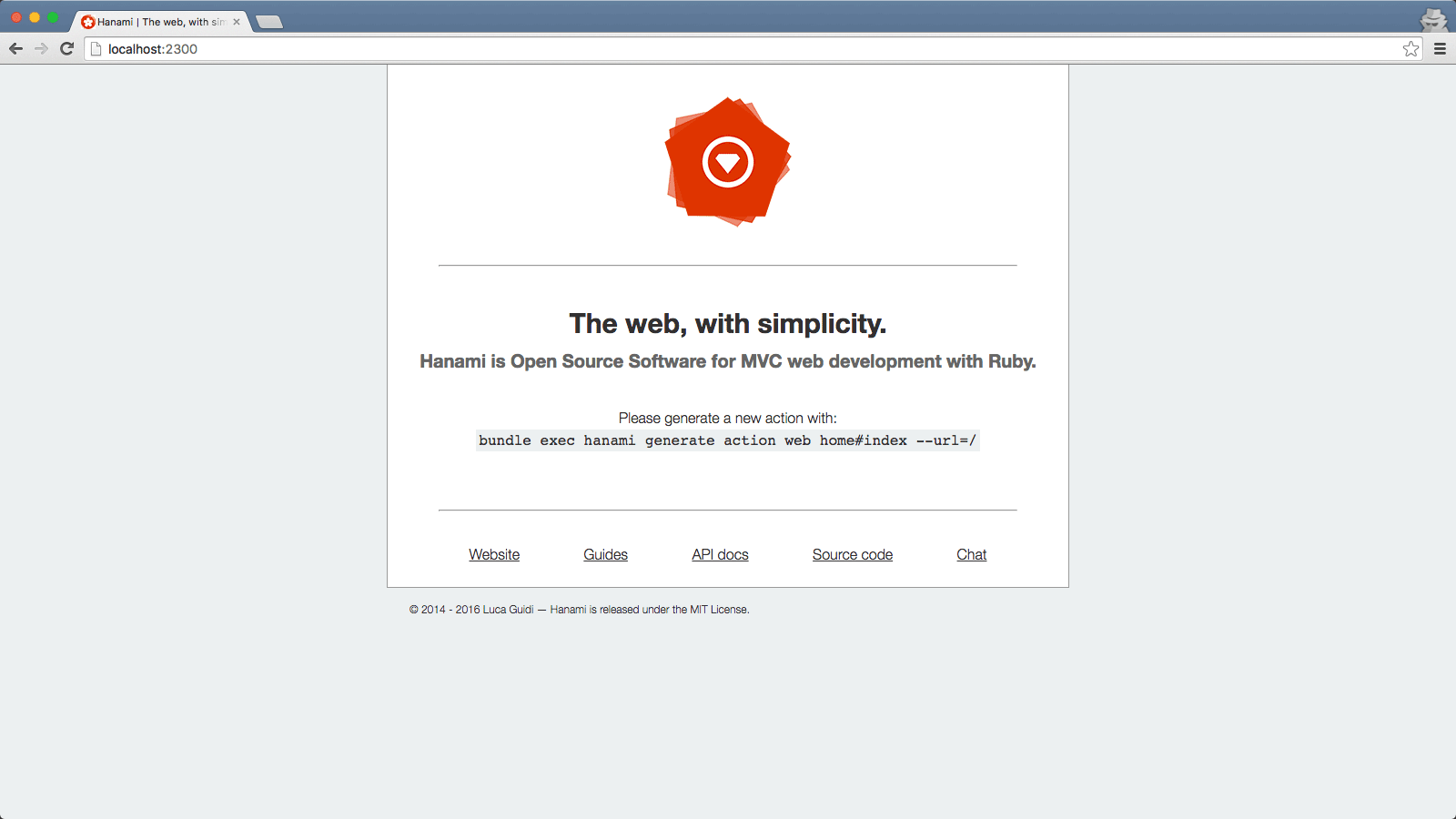