Let's say we have 8 houses. We want to setup telephone lines between these houses. The edge between the houses represent the cost of setting line between two houses. 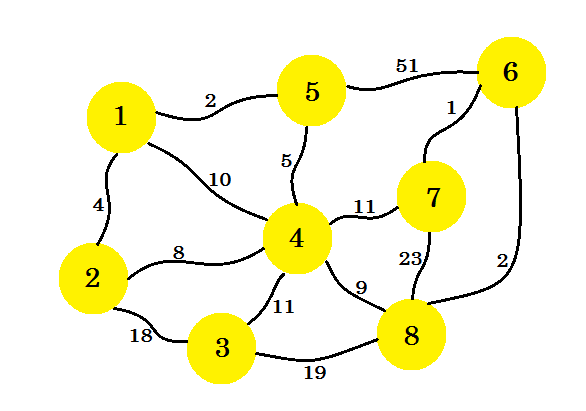 Our task is to set up lines in such a way that all the houses are connected and the cost of setting up the whole connection is minimum. Now how do we find that out? We can use Prim's Algorithm.

Now let's look at the technical terms first. If we create a graph, S using some nodes and edges of an undirected graph G, then S is called a subgraph of the graph G. Now S will be called a Spanning Tree if and only if:

There can be many Spanning Tree's of a graph. The Minimum Spanning Tree of a weighted undirected graph is a tree, such that sum of the weight of the edges is minimum. Now we'll use Prim's algorithm to find out the minimum spanning tree, that is how to set up the telephone lines in our example graph in such way that the cost of set up is minimum.

At first we'll select a source node. Let's say, node-1 is our source. Now we'll add the edge from node-1 that has the minimum cost to our subgraph. Here we mark the edges that are in the subgraph using the color blue. Here 1-5 is our desired edge. 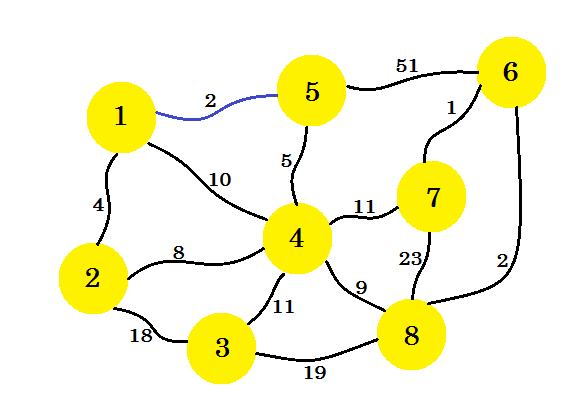 Now we consider all the edges from node-1 and node-5 and take the minimum. Since 1-5 is already marked, we take 1-2. 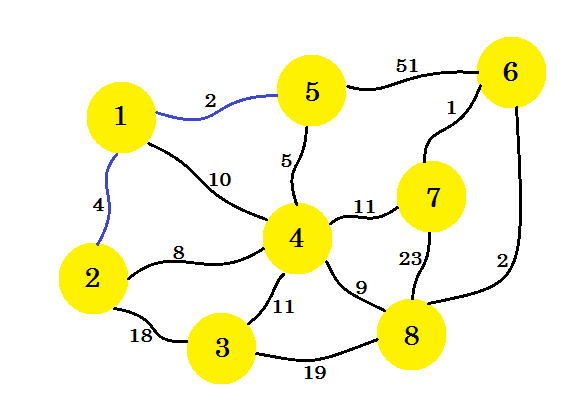 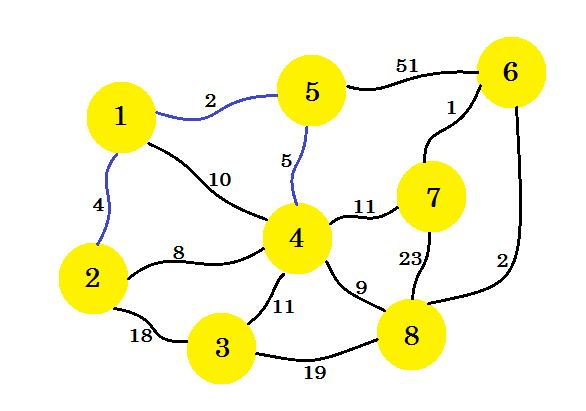 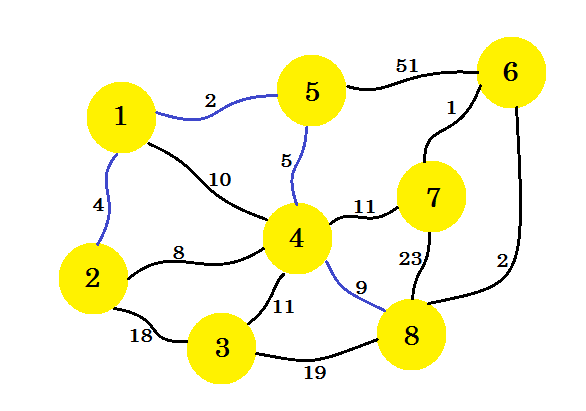 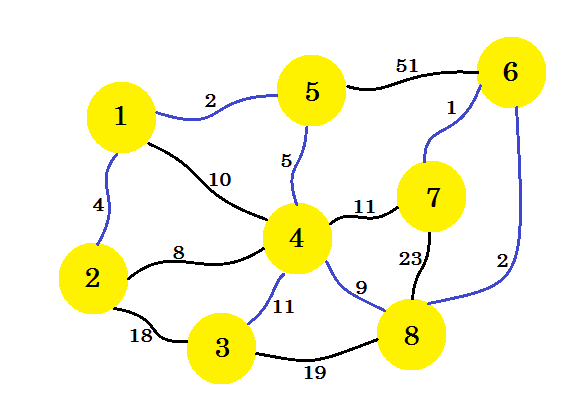 This is our desired subgraph, that'll give us the minimum spanning tree. If we remove the edges that we didn't select, we'll get: 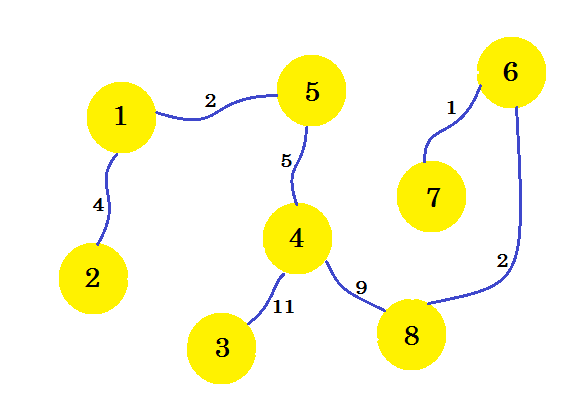 The pseudo-code of the algorithm is given below:

The pseudo-code using Priority Queue is given below:

Here key[] stores the minimum cost of traversing node-v. parent[] is used to store the parent node. It is useful for traversing and printing the tree.

Below is a simple program in Java: