A* is a an specialization of Best First Search , in which the function of evaluation f is define in a particular way.

f(n) = g(n) + h(n) is the minimum cost since the initial node to the objectives conditioned to go thought node n.

g(n) is the minimum cost from the initial node to n.

A* is an informed search algorithm and it always guarantees to find the smallest path (path with minimum cost) in the least possible time (if uses admissible heuristic (opens new window)). So it is both complete and optimal. The following animation demonstrates A* search-

# A* Pathfinding through a maze with no obstacles

Let's say we have the following 4 by 4 grid: 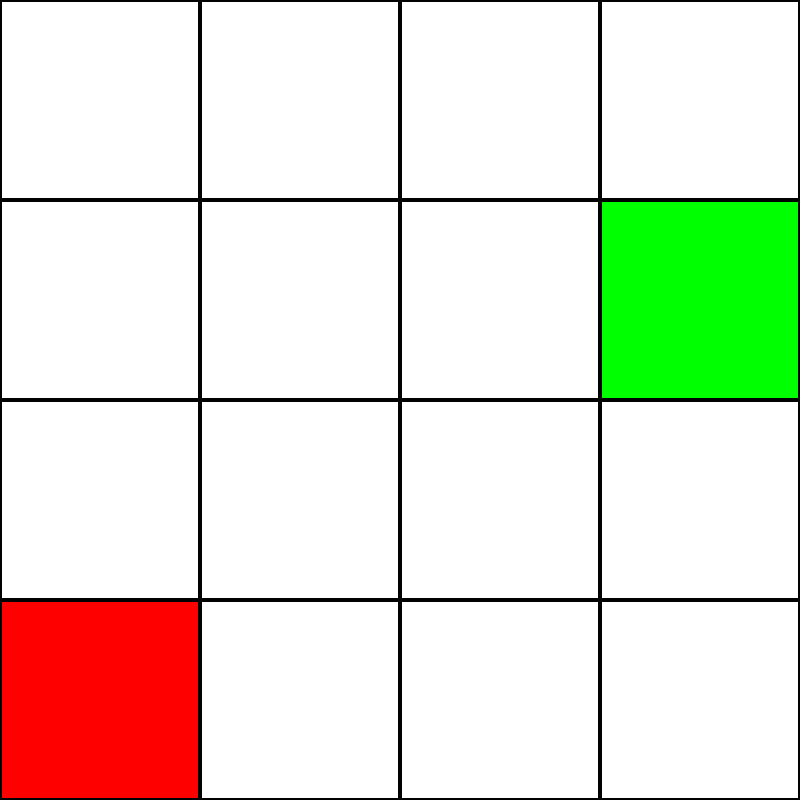 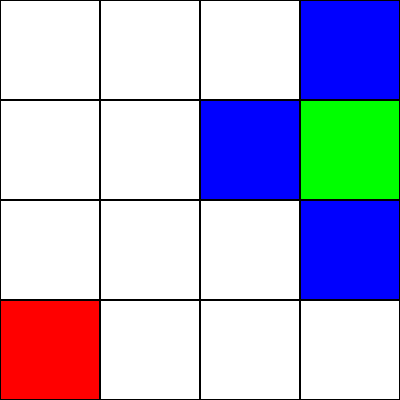 In order to choose which square to move to next, we need to take into account 2 heuristics:

This is known as the "Manhattan Distance" (opens new window) formula. 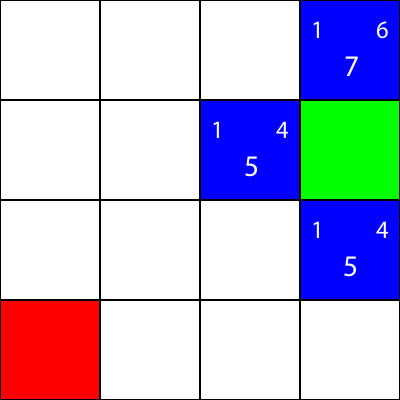 We've calculated the g, h, and f values for all of the blue nodes. Now, which do we pick?

Whichever one has the lowest f value.

However, in this case, we have 2 nodes with the same f value, 5. How do we pick between them?

One of the nodes with the f value of 5 takes us in the "Down" direction, and the other takes us "Left". Since Down is at a higher priority than Left, we choose the square which takes us "Down".

I now mark the nodes which we calculated the heuristics for, but did not move to, as orange, and the node which we chose as cyan: 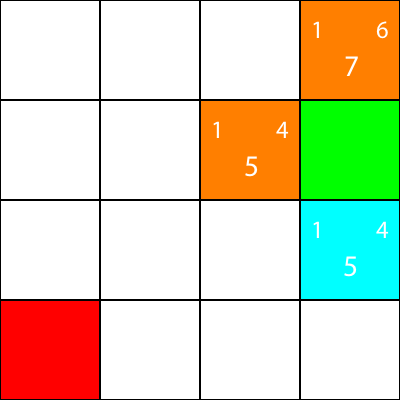 Alright, now let's calculate the same heuristics for the nodes around the cyan node: 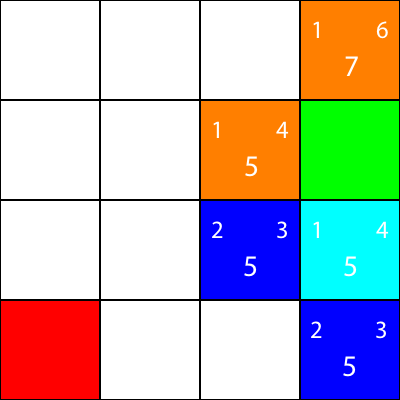 Again, we choose the node going down from the cyan node, as all the options have the same f value: 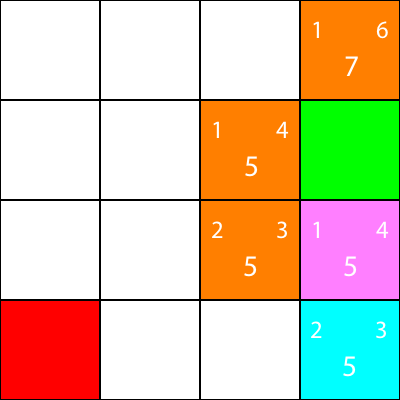 Let's calculate the heuristics for the only neighbour that the cyan node has: 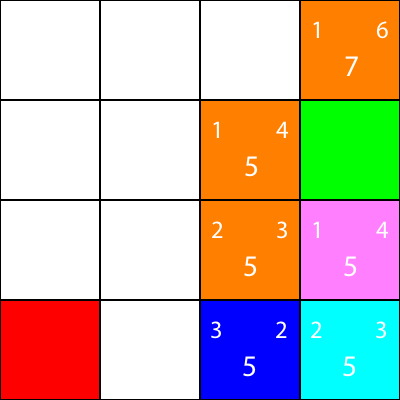 Alright, since we will follow the same pattern we have been following: 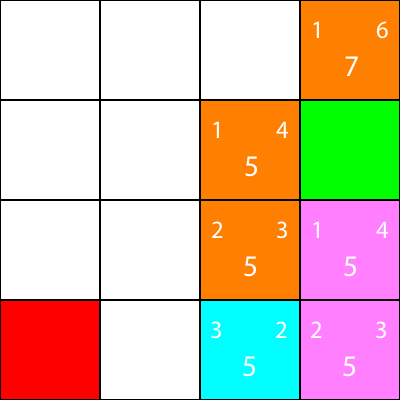 Once more, let's calculate the heuristics for the node's neighbour: 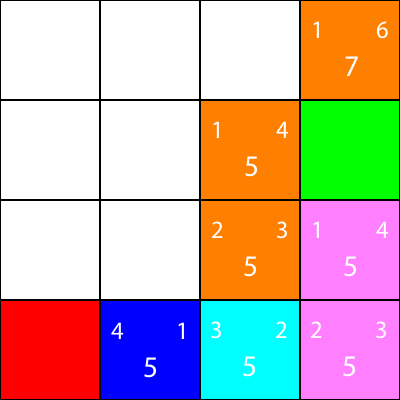 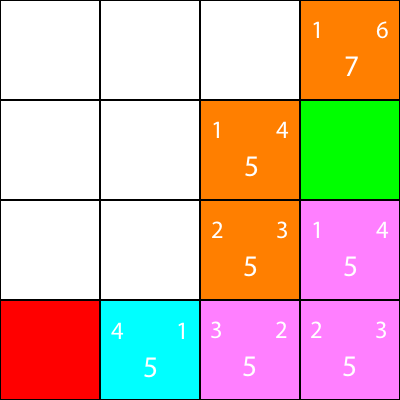 Finally, we can see that we have a winning square beside us, so we move there, and we are done.

An 8 puzzle is a simple game consisting of a 3 x 3 grid (containing 9 squares). One of the squares is empty. The object is to move to squares around into different positions and having the numbers displayed in the "goal state". 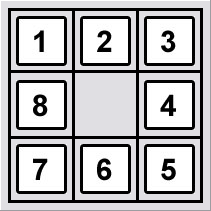 Heuristic to be assumed:

Let us consider the Manhattan distance between the current and final state as the heuristic for this problem statement.

So the total cost function f(n) is given by,

First we find the heuristic value required to reach the final state from initial state. The cost function, g(n) = 0, as we are in the initial state

Now, the possible states that can be reached from initial state are found and it happens that we can either move _ to right or downwards.

So states obtained after moving those moves are:

Again the total cost function is computed for these states using the method described above and it turns out to be 6 and 7 respectively. We chose the state with minimum cost which is state (1). The next possible moves can be Left, Right or Down. We won't move Left as we were previously in that state. So, we can move Right or Down.

Again we find the states obtained from (1).

We get costs equal to 5, 2 and 4 for (5), (6) and (7) respectively. Also, we have previous states (3) and (2) with 6 and 7 respectively. We chose minimum cost state which is (6). Next possible moves are Up, and Down and clearly Down will lead us to final state leading to heuristic function value equal to 0.