# Getting started with Swift Language

Write your code in a file named hello.swift:

To launch a terminal, press CTRL+ALT+T on Linux, or find it in Launchpad on macOS. To change directory, enter cddirectory_name (or cd .. to go back)

A compiler is a computer program (or a set of programs) that transforms source code written in a programming language (the source language) into another computer language (the target language), with the latter often having a binary form known as object code. (Wikipedia (opens new window))

This will compile your code into hello file. To run it, enter ./, followed by a filename.

Press CTRL+D to quit from REPL.

# Your first program in Swift on a Mac (using a Playground)

From your Mac, download and install Xcode from the Mac App Store following this link (opens new window).

After the installation is complete, open Xcode and select Get started with a Playground: 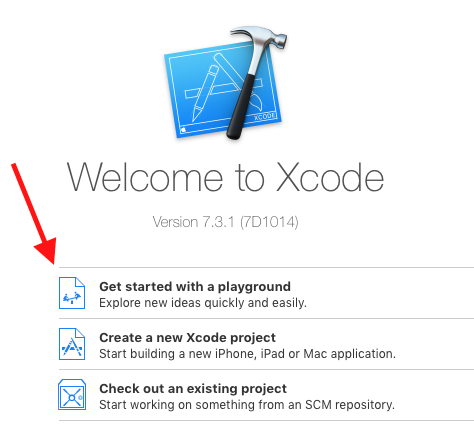 On the next panel, you can give your Playground a name or you can leave it MyPlayground and press Next: 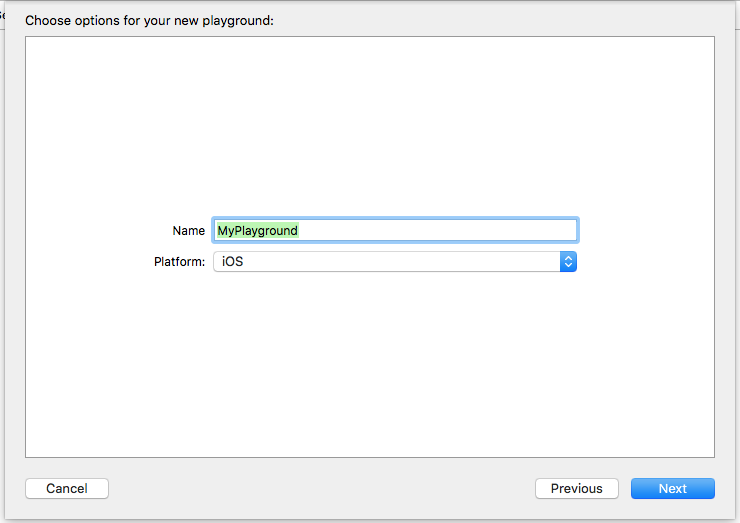 Select a location where to save the Playground and press Create: 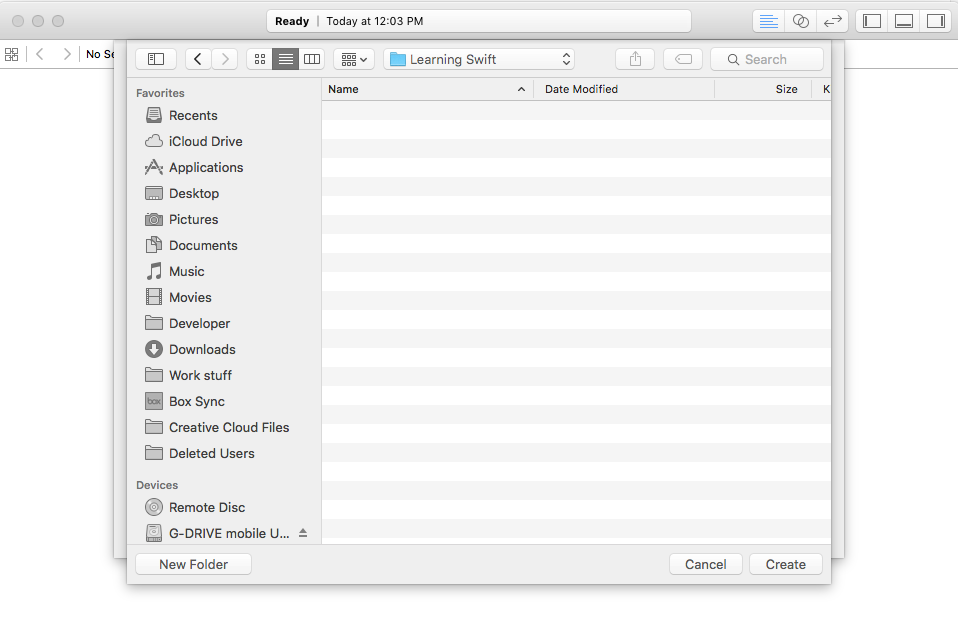 The Playground will open and your screen should look something like this:

Now that the Playground is on the screen, press ⇧ + cmd + Y to show the Debug Area.

Finally delete the text inside Playground and type:

You should see 'Hello world' in the Debug Area and "Hello world\n" in the right Sidebar: 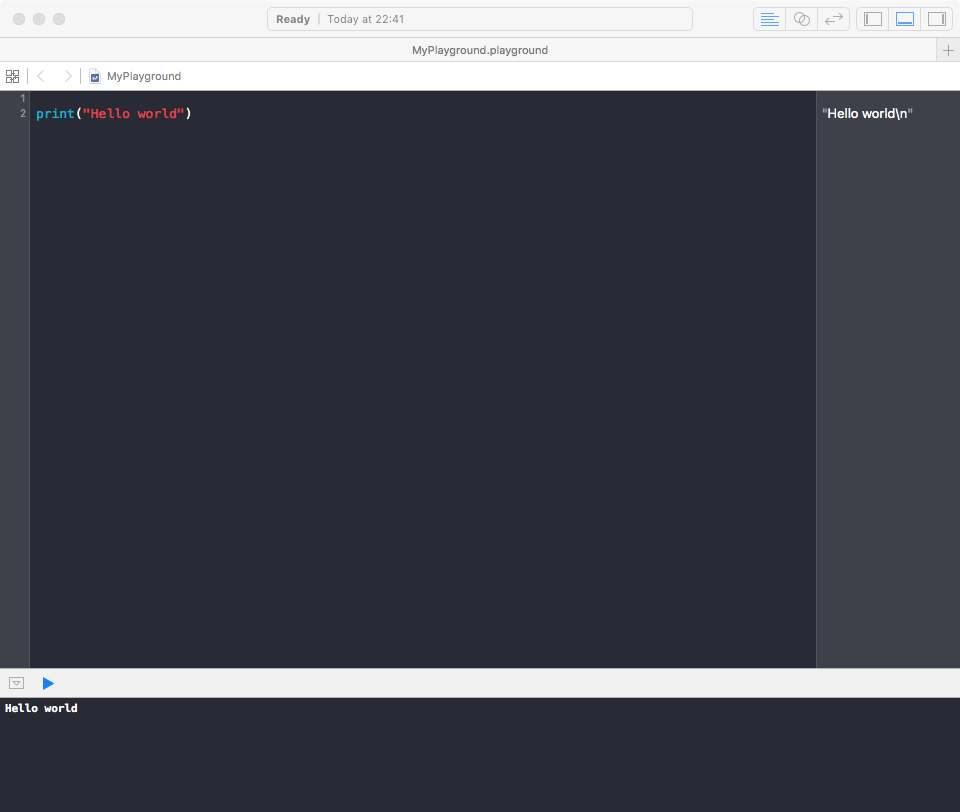 Next, add Swift to your path. On macOS, the default location for the downloadable toolchain is /Library/Developer/Toolchains. Run the following command in Terminal:

On Linux, you will need to install clang:

If you installed the Swift toolchain to a directory other than the system root, you will need to run the following command, using the actual path of your Swift installation:

You can verify you have the current version of Swift by running this command:

# Your first program in Swift Playgrounds app on iPad

Swift Playgrounds app is a great way to get started coding Swift on the go. To use it:

3- In the My Playgrounds tab, tap + on the top left corner and then select Blank template.

6- At the front of each line, the result will be stored in a small square. Tap it to reveal the result.

7- To step slowly through code to trace it, tap the button next to Run My Code.

Optionals type, which handles the absence of a value. Optionals say either "there is a value, and it equals x" or "there isn't a value at all".

An Optional is a type on its own, actually one of Swift’s new super-powered enums. It has two possible values, None and Some(T), where T is an associated value of the correct data type available in Swift.

Let's have a look at this piece of code for example:

In fact if you add a print(x.dynamicType) statement in the code above you'll see this in the console:

String? is actually syntactic sugar for Optional, and Optional is a type in its own right.

Here's a simplified version of the header of Optional, which you can see by command-clicking on the word Optional in your code from Xcode:

Let me go through it again: String? is not a String but an Optional<String>.The fact that Optional is a type means that it has its own methods, for example map and flatMap.

Bugs and other issues are tracked at bugs.swift.org (opens new window).