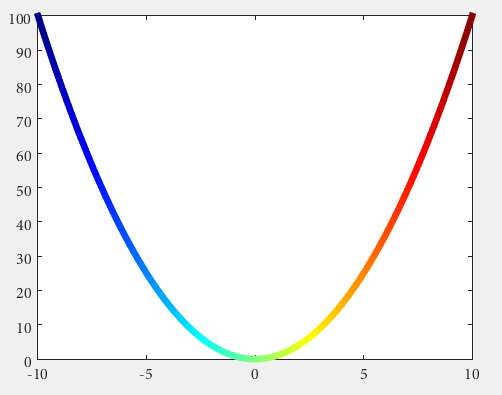 The basic idea is to get the hidden handle of the markers and apply a value < 1 for the last value in the EdgeColorData to achieve the desired transparency.

Here we go for scatter: 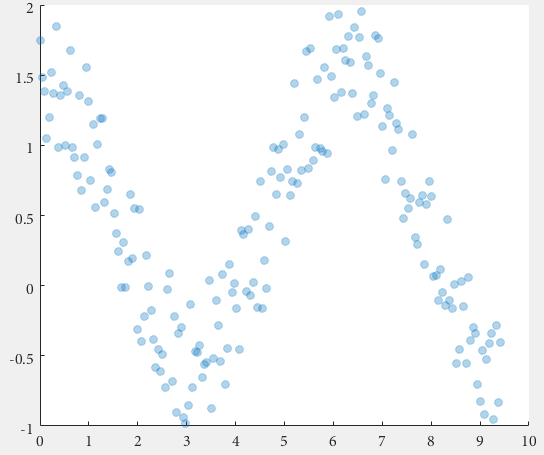 and for a line plot 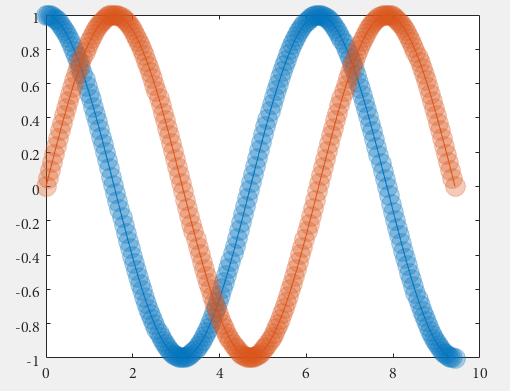 The marker handles, which are used for the manipulation, are created with the figure. The drawnow command is ensuring the creation of the figure before subsequent commands are called and avoids errors in case of delays.

The use of Matlab Coder sometimes denies the use of some very common functions, if they are not compatible to C++. Relatively often there exist undocumented helper functions, which can be used as replacements.

And following a collection of alternatives, for non-supported functions:

The functions sprintf and sprintfc are quite similar, the former returns a character array, the latter a cell string:

However, sprintfc is compatible with C++ supported by Matlab Coder, and sprintf is not.

When displaying labels on contours Matlab doesn't allow you to control the format of the numbers, for example to change to scientific notation.

The individual text objects are normal text objects but how you get them is undocumented. You access them from the TextPrims property of the contour handle.

The fact the txt objects are created when the contours are drawn means that they are recalculated everytime the plot is redrawn (for example figure resize). To manage this you need to listen to the undocumented event MarkedClean: 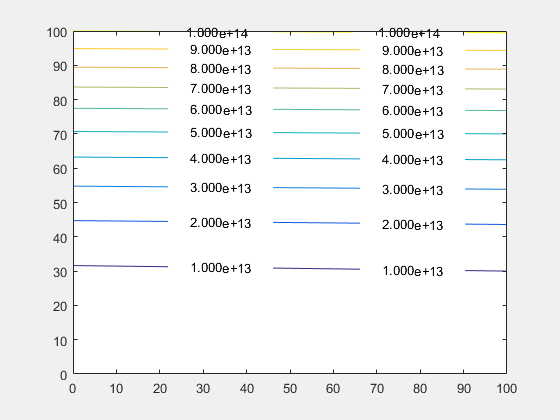 Now, to add a legend entry for tan, but not for cos, any of the following lines won't do the trick; they all fail in some way:

Luckily, an undocumented legend property called PlotChildren keeps track of the children of the parent figure1. So, the way to go is to explicitly set the legend's children through its PlotChildren property as follows:

The legend updates automatically if an object is added or removed from its PlotChildren property.

1 Indeed: figure. You can add any figure's child with the DisplayName property to any legend in the figure, e.g. from a different subplot. This is because a legend in itself is basically an axes object.

The scatter function has two undocumented properties 'jitter' and 'jitterAmount' that allow to jitter the data on the x-axis only. This dates back to Matlab 7.1 (2005), and possibly earlier.

This is very useful when we want to visualize overlapping data, for example: 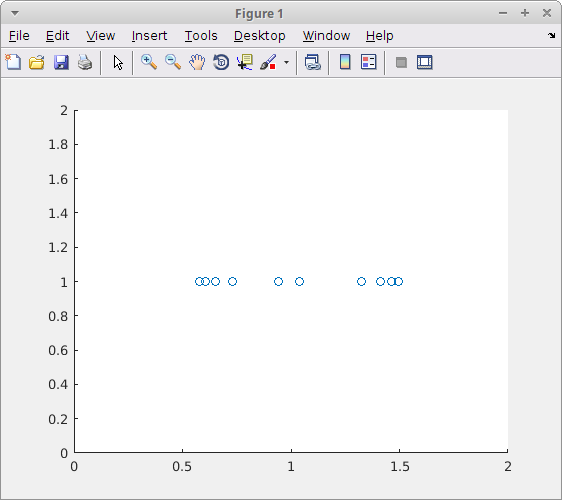