# Getting started with excel-vba 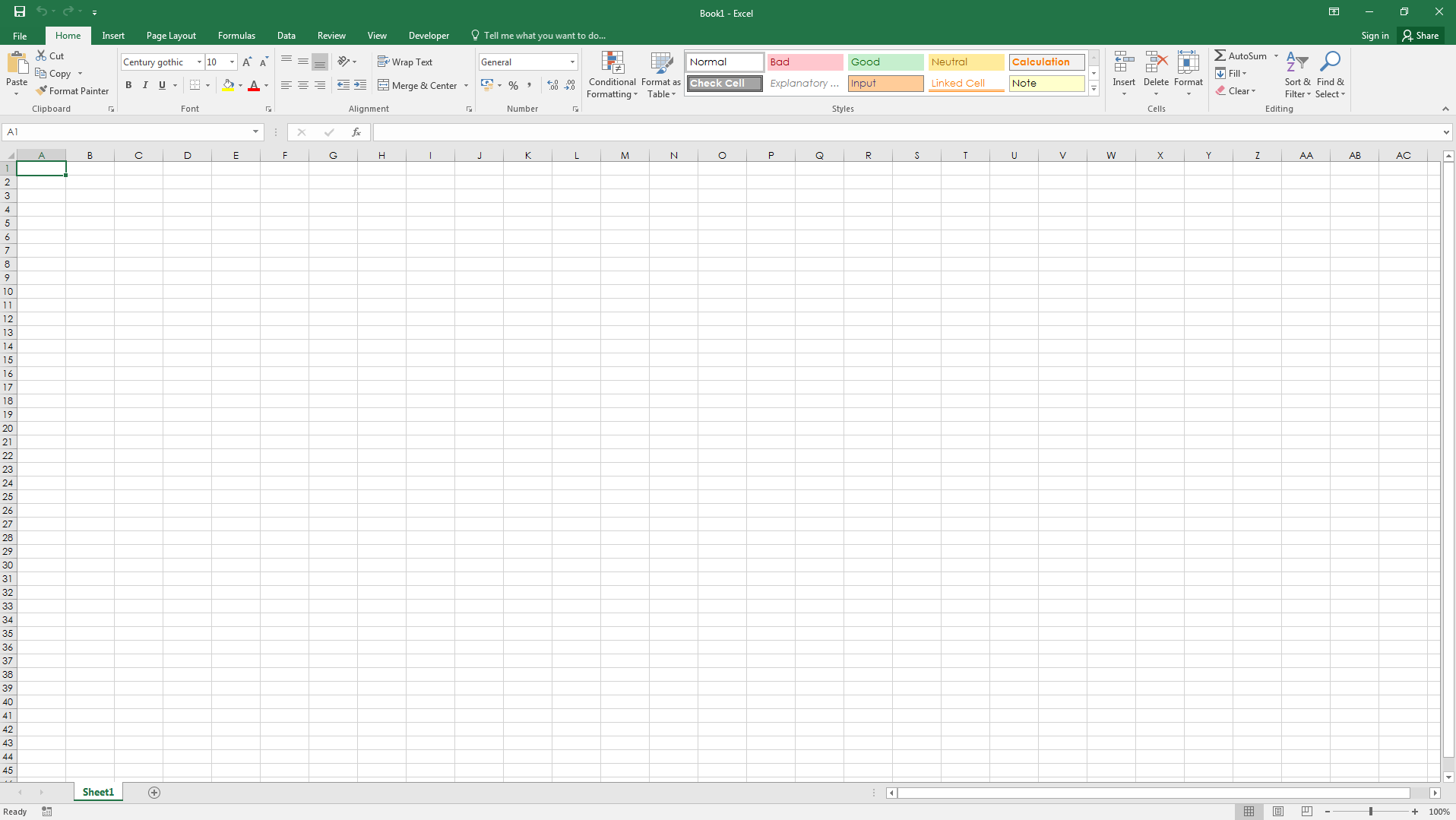 This is the standard shortcut to open the VBE.

First, the Developer Tab must be added to the ribbon. Go to File -> Options -> Customize Ribbon, then check the box for developer. 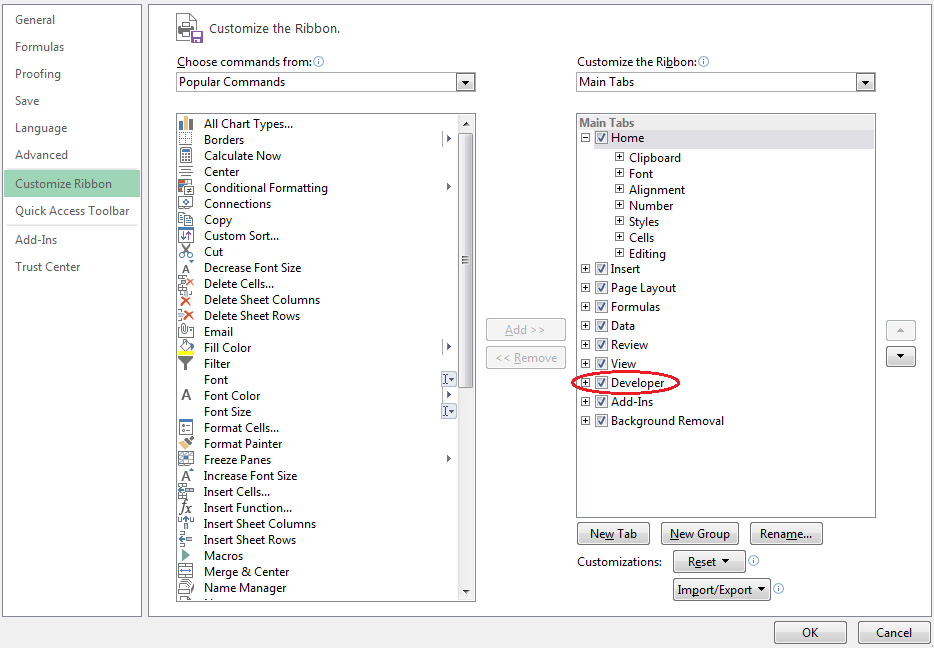 Then, go to the developer tab and click "View Code" or "Visual Basic"

All three of these options will open the Visual Basic Editor (VBE): 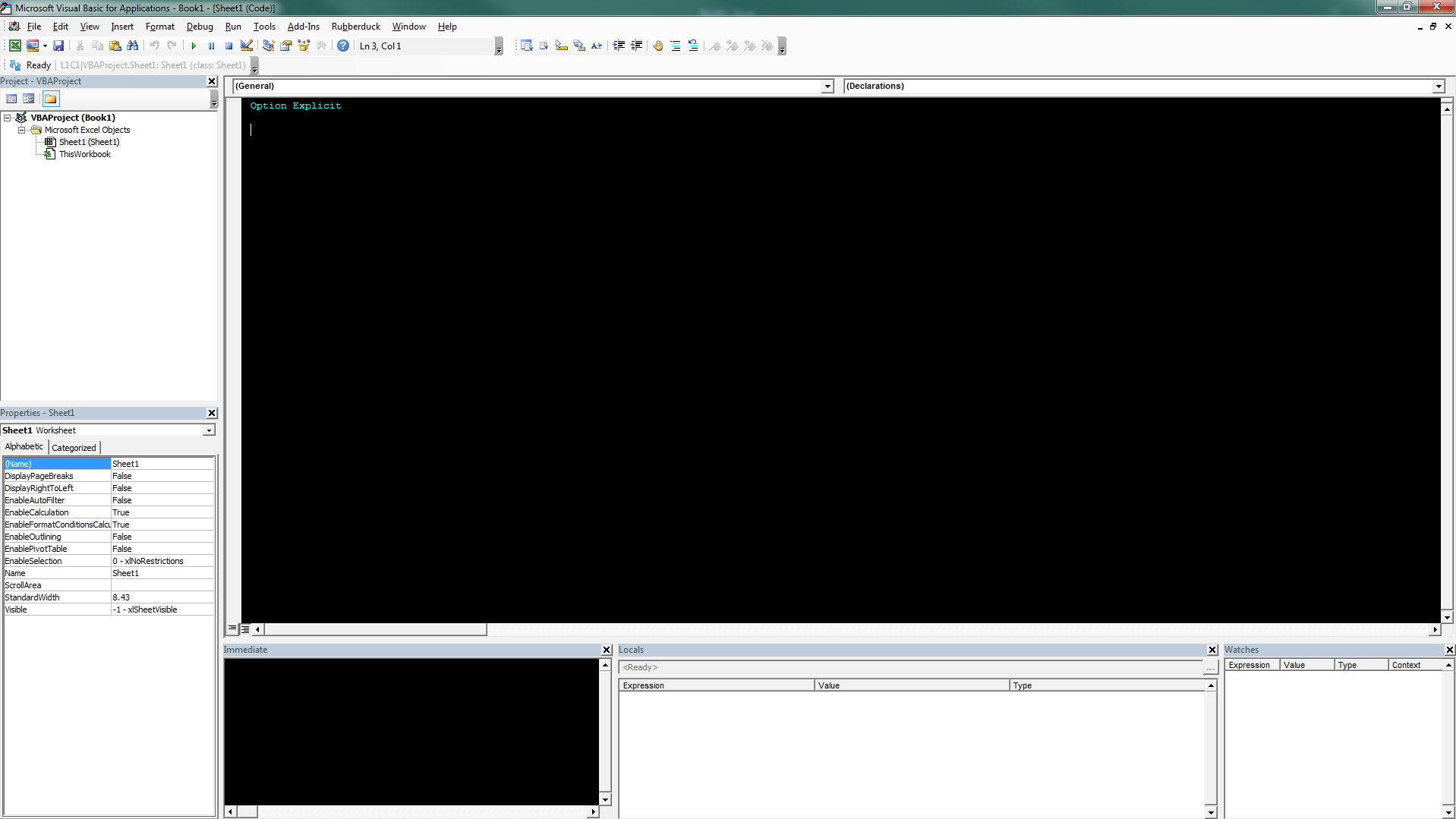 To explicitly declare variables in VBA, use the Dim statement, followed by the variable name and type. If a variable is used without being declared, or if no type is specified, it will be assigned the type Variant.

Use the Option Explicit statement on first line of a module to force all variables to be declared before usage (see ALWAYS Use "Option Explicit" (opens new window) ).

Multiple variables can be declared on a single line using commas as delimiters, but each type must be declared individually, or they will default to the Variant type.

Variables can also be declared using Data Type Character suffixes ($ % & ! # @), however using these are increasingly discouraged.

# Other ways of declaring variables are:

When you use the Static statement instead of a Dim statement, the declared variable will retain its value between calls.

Private variables can be used only by procedures in the same module.

The procedure describes how to add an Object library reference, and afterwards how to declare new variables with reference to the new library class objects. 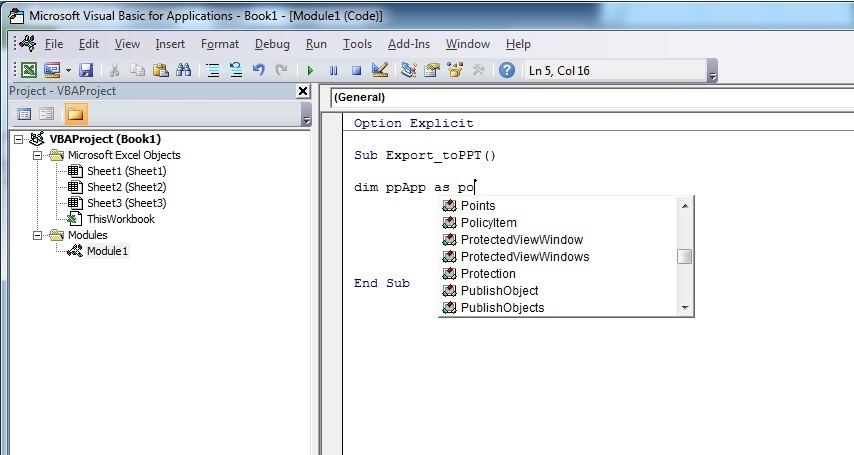 Step 2: Select the Reference you want to add. This example we scroll down to find “Microsoft PowerPoint 14.0 Object Library”, and then press “OK”. 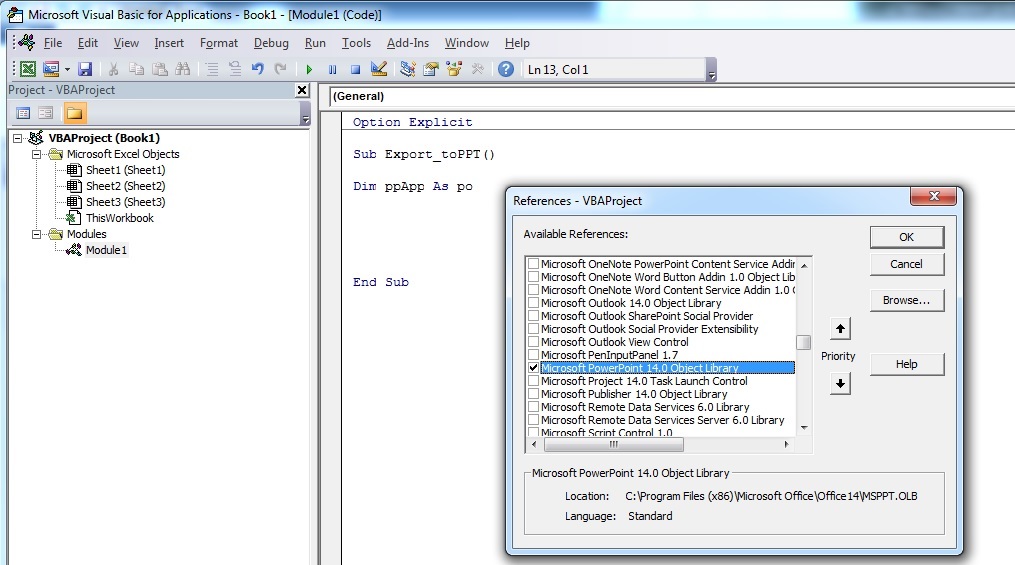 Note: PowerPoint 14.0 means that Office 2010 version is installed on the PC.

Step 3: in the VB Editor, once you press Ctrl+Space together, you get the autocomplete option of PowerPoint.

After selecting PowerPoint and pressing ., another menu appears with all objects options related to the PowerPoint Object Library. This example shows how to select the PowerPoint's object Application.

Declare a variable that is referencing the Presentation object of the PowerPoint object library.

Declare another variable that is referencing the Slide object of the PowerPoint object library.

Now the variables declaration section looks like in the screen-shot below, and the user can start using these variables in his code.

Code version of this tutorial: 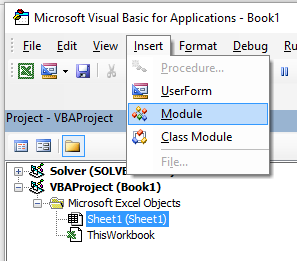 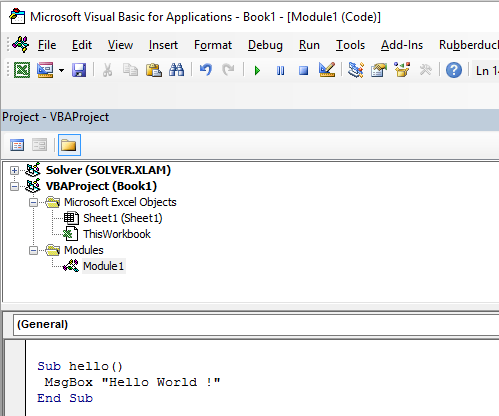 # Getting Started with the Excel Object Model

This example intend to be a gentle introduction to the Excel Object Model for beginners. 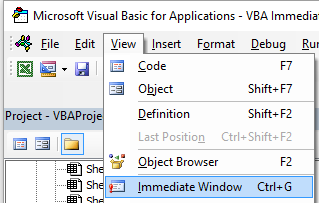 This window allow you to directly test some VBA code. So let's start, type in this console :

VBE has intellisense and then it should open a tooltip as in the following figure :

Select .Count in the list or directly type .Cout to obtain :

Worksheets is an Object and Count is a Method. Excel has several Object (Workbook, Worksheet, Range, Chart ..) and each of one contains specific methods and properties. You can find the complete list of Object in the Excel VBA reference (opens new window). Worksheets Object is presented here (opens new window) .

This Excel VBA reference should become your primary source of information regarding the Excel Object Model.

To understand this expression you need to read the Add function in the aforementioned Excel reference. You will find the following:

So the Worksheets.Add() create a new worksheet and return it. Worksheet(without s) is itself a Object that can be found (opens new window) in the documentation and Name is one of its property (see here (opens new window)). It is defined as :

So, by investigating the different objects definitions we are able to understand this code Worksheets.Add().Name = "StackOveflow".

Add() creates and add a new worksheet and return a reference to it, then we set its Name property to "StackOverflow"

Now let's be more formal, Excel contains several Objects. These Objects may be composed of one or several collection(s) of Excel objects of the same class. It is the case for WorkSheets which is a collection of Worksheet object. Each Object has some properties and methods that the programmer can interact with.

The Excel Object model refers to the Excel object hierarchy

At the top of all objects is the Application object, it represents the Excel instance itself. Programming in VBA requires a good understanding of this hierarchy because we always need a reference to an object to be able to call a Method or to Set/Get a property.

The (very simplified) Excel Object Model can be represented as,

A more detail version for the Worksheet Object (as it is in Excel 2007) is shown below, 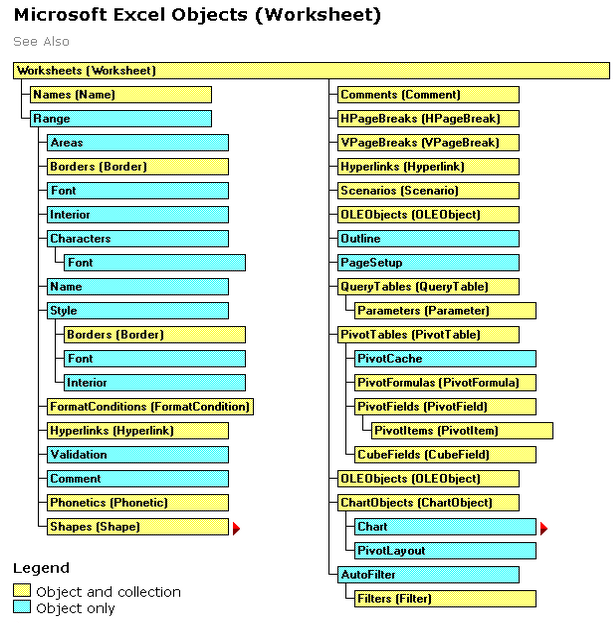 Finally some objects may have events (ex: Workbook.WindowActivate) that are also part of the Excel Object Model.

VBA stands for Visual Basic for Applications. It is a custom version of the venerable Visual Basic programming language that has powered Microsoft Excel's macros since the mid-1990s.

IMPORTANT
Please ensure any examples or topics created within the excel-vba tag are specific and relevant to the use of VBA with Microsoft Excel. Any suggested topics or examples provided that are generic to the VBA language should be declined in order to prevent duplication of efforts.